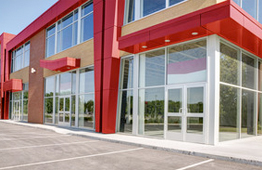 Too often you hear a phrase that is commonly used and you have a rough idea what it means without fully grasping its proper definition. For many, commercial real estate may be one that is widely talked about but not always understood.

In fact, it is an umbrella term that covers many categories of real estate. So let’s move away from the headlines and look at how commercial real estate can be part of your investment strategy.

To do this, we will break it down to four different categories.

At the top of the pyramid is the regional retail mall, often sprawling in size. Think of major landmarks, like the CF Toronto Eaton Centre or West Edmonton Mall.

These are tourist attractions in themselves that have high value and often operate as a large entity or corporation.

While Canada has some of the most commercially successful malls in the global market, growth in this area has been curtailed by land development limitations. Since 1989, only two major shopping malls have been built in Canada: Vaughan Mills in Toronto and CrossIron Mills in Calgary.

Power centres have taken hold in the Canadian market since the late 1980s in the form of unenclosed stand-alone “big box” stores such as Staples and Walmart. Despite economic challenges, tenancy increased from 8,627 in 2006 to 12,086 in 2010 – a rise of just over 40 per cent.

Today, we’ve noticing a tremendous upsurge in power centres. The number of locations in Ontario have nearly doubled and across the country we are seeing a widening of the services available (from banking to fashion).

Unlike regional malls, community malls are losing significant ground in the retail landscape and are struggling to keep up.

Analysts still believe there is a market for Tier 2 malls if there is a commitment to redesign or if the property is being sold for other purposes.

And that’s exactly why, this type of retail tend to perform better than others in the long term – it’s based on services and products consumers will still purchase even when there is economic downturn.

For family trusts and other investors, neighbourhood retail is an effective way to diversify an investment portfolio. The returns are good and the risks are relatively low.

Last year, the national vacancy rate was about 4.8 per cent. In comparison, neighbourhood retail areas were averaging about 2.6% vacancy rates.

Similarly, overall sales tend to stay steady during economic bumps, catering to the local neighbourhood needs. The more mature the neighbourhood, the more likely there will be low vacancy rates and increasing growth.