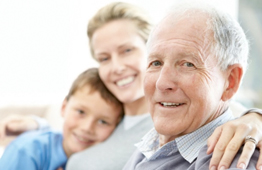 Canada’s aging population is leaving behind a lot of money. And, if the transition of wealth through wills isn’t managed properly, things can get ugly.

According to a 2016 CIBC report, Canadians between 50 and 75 years old are set to inherit $750 billion over the next decade, the largest intergenerational wealth transfer in Canadian history.

But not all of the transitions will go smoothly, according to Vancouver trust lawyer Nick Smith.

“It’s obviously very emotional for those involved, and there can be some discord associated with the decisions that have to be made,” he told host Gloria Macarenko on CBC’s BC Almanac.

He shared some tips on how families can limit the amount of disputes.

1. Don’t leave it up to anyone else

The first step to having a fair will is drawing one up in the first place. According to a 2014 report from B.C. Notaries, just over half of British Columbians have a written will.

If you die without writing a will, your assets and estate will be divided according to the Wills, Estates and Succession Act.

While the act still prioritizes the transfer of wealth to spouses and children, it will prove to be a far more expensive alternative to a traditional will once assets are divided, according to The Canadian Bar Association of B.C.

Staying on top of your will enables you to divide it how you see fit, and reduce costs — and stress —on your loved ones, says Smith.

Smith says petty rivalries between children can crop up during will readings. Some children will feel entitled to a larger inheritance because they believe they received less support than their siblings when they were growing up.

“It could be something as trivial as the parent paid for the university of the younger child but not the older child, and that could be because they didn’t have the money,” he said.

Smith admits parents aren’t perfect, and sometimes they afford one children more opportunity, despite their best intentions. In these cases, he says its important for parents to have a discussion with their children that can help to clear the air surrounding any perceived forms of favouritism, leading to a more balanced will.

The executor of the will is the person tasked with carrying out the instructions of the will. Their tasks include completing an inventory of all assets and estates, paying off all the deceased’s debts, and dispersing what’s left to all beneficiaries.

Usually, friends or close relatives are assigned the role.

Oftentimes, it’s a child that is chosen as an executor — but this can lead to more infighting, or a perceived conflict of interest from other siblings.

If your family might not be agreeable when it comes to dividing assets, Smith suggests assigning an independent executor.